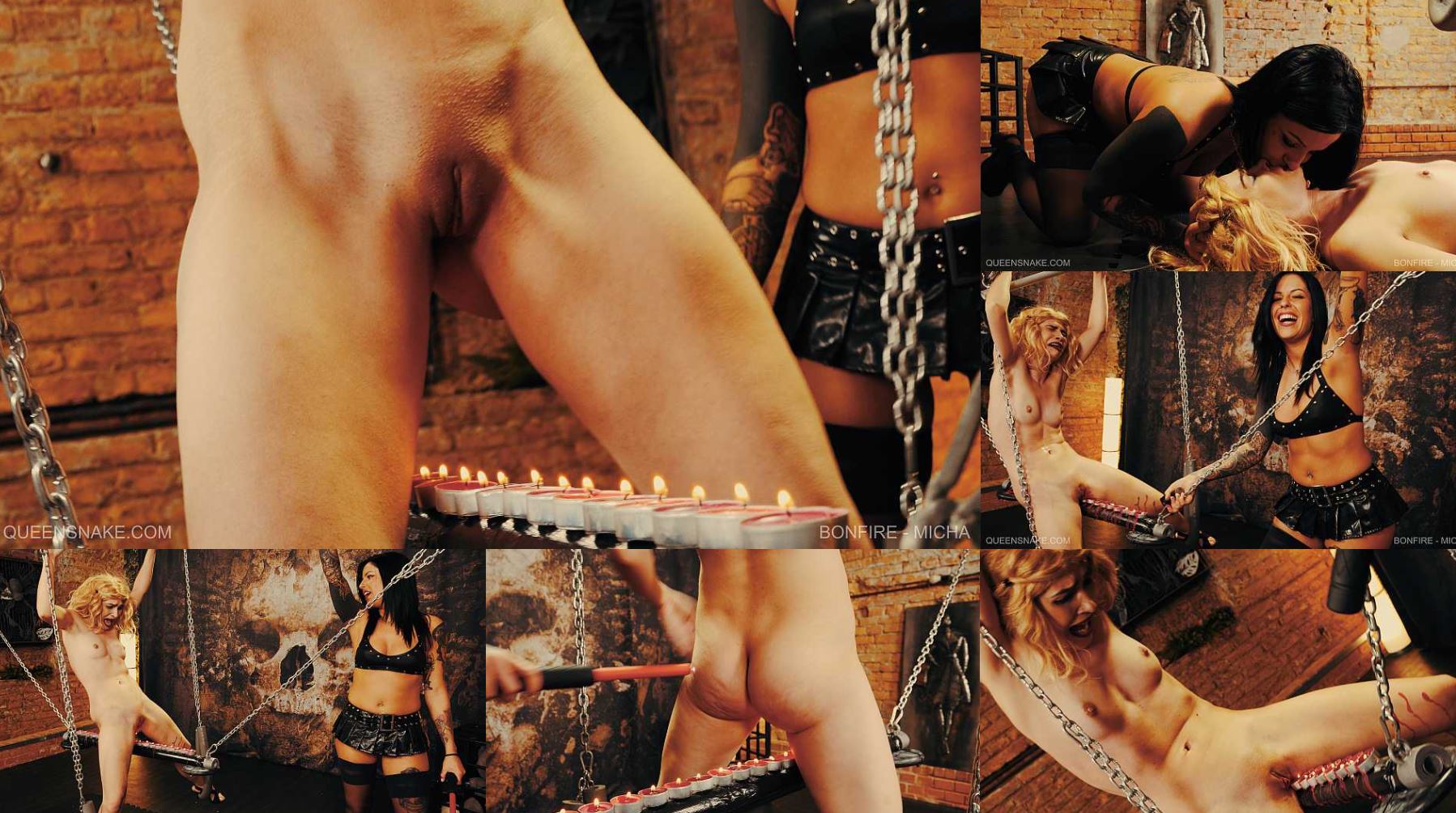 Micha got the feel of a little hell. She had to hold herself above a bunch of candles in a miserable position where her legs are wide spread and placed in a kind of stirrup while she could hold on a metal bar above her head. If she wanted to avoid her pussy being burned she needed to hold herself up in the air but the more time went by the more her strength lost and after all she had no other choice than to sit on the candles with her pussy. If it was not enough for her Jessica was there too and she did everything to make her agony even harder: she used a shocking prod on her and pushed the candles against her pussy. Still, Micha was able to stay in the air for 19 minutes, continuously, until she just fell down to the floor like a puppet.